wanted to talk about this thing that is really important to me.  The desire for perfection.  I mean the one that I have been practicing (because it is actually offered under many different shapes).

I just read a book about vulnerability; I will get back to it, where the author Brené Brown speaks succinctly about the ideal of perfection, the ideal that is not the one of excellence.  The perfection comes from the need of outside validation and the excellence is from the desire of doing the best we can as depending on your own value.

Perfection is without a doubt a trap in which many of us are falling into unintentionally and if my experience can help a few to change direction, then that would be good.  This post is also for a few of us (I wanted to write “you” of course but will leave this revealing slip where it belongs) who have asked me about this question of “how to stop being/act like a little girl” because many little girls, and I was one of them, grow up with the idea that they had to be perfect.

To match the expectation of others (being beautiful, intelligent, funny, humble, or even, imperfect… codes are evolving) is a trap in many ways.

1- i built myself like a shell, that was perfect but empty.

Obviously I wasn’t empty but it took me 30 years to understand and to go check out what was “inside.”  Spending my time to be performant was my favorite sport.  And I was incredibly good at it (yes, otherwise it doesn’t work right?!)  At the same time it was a matter of survival.  And yes kids take these things very much at heart… then I could only invest in fields where I performed extremely well (school, my look).  Impossible however to read because I found myself too slow, impossible to sing because someone told me I sounded off tune, Impossible to play croquet until I was 30 years old because I couldn’t bear the idea of missing the arches.  (Holy crap I was severely challenged).

2- I thought that being successful was to be “amiable.”

So if the goal, unconscious is to perform then that means that unconsciously there is a valorization system (that is indeed exterior) to validate performance.  At 28 years old, I was married with a man I loved, intelligent, successful and magnificent.  I was beautiful, kind, helpful and pregnant.  I had diplomas and I was sufficiently free to leave L’Oréal to go back to school.  More importantly for creative studies.  Everything was lining-up. Everything was perfect.  And I was so happy.  And without challenging either the sincerity of my actions or my feelings, I was fulfilled because it was, still unconsciously, a series of achievements  that were making me “objectively amiable”.  This is where I talk to the little girl which maybe you can’t seem to leave behind:  a child only needs one thing:  to be loved.  So the desire of perfection is basically a desire to be loved.  This is why we continue, it is because we believe it the way we could be loved. but be careful if that works as a child, then once we become an adult… hehehe things are getting more complicated because…

To think that perfection opens the gates of love is a false idea.  Because if you read the previous paragraph again, it was mostly the gates of my ego that I was opening.  Do you know the saying “too big for your own boots?”

Well whist I found myself frankly amiable (yep everything was perfect. Per-fect!).  When in fact I was absolutely detestable.

Because where the ego is large… the consciousness and therefore the Other is necessarily very small.

Tâm was born and it became even worst:  well yes she was perfect!  We often think that people who “aren’t well” are tortured and cry all day.  Well, no I was frankly in a bad way and frankly happy.  I mean no, I wasn’t happy, but I thought I was.  I felt something of the order of an immense satisfaction, very powerful and of protection as well. (Since I was unassailable?) Yes that’s it, my head was too big and I lost touch with reality.

So what should happen happened.  My two best friends came one day to tell me “we don’t recognize you, you have become incredibly egocentric, we are fed-up and hurt, do you even realize that you said and did this, this and that?!”

What followed was a 6-month depression where I cried night and day, I was devastated for 3 reasons. Tâm was 2 months and he didn’t deserve that. This was the most awful but let’s not spread on that.

The 2 others reasons concerned more directly to the conflict and the object of my post.  The first was because my friends were hurt due to me and the idea of being responsible for it was unbearable.  But the second evidently was an ego wound. I couldn’t stand the idea that they thought “this” of me.  No I wasn’t a bad person.

Because you weren’t allowed to think negatively of me.  I who was doing everything great, who validated anything.

However… light came on in the cave.  And it was all but pretty.  A whole world was crumbling.

A whole world takes time to rebuild itself, so we do and redo the same mistakes before we fully comprehend. I then didn’t wait long:  right away.

I then came back with a long and beautiful letter.  Taking consideration of this double devastation.  Or evidently, the second part was practically taking the entirety of the letter (since my ego was taking my entirety)(logical) where I was “justifying my results.”  Do you see where I am heading?

Because at this time, there is one thing that nobody cares about, it’s your (high) opinion (of yourself); what counts is your actions. It’s your actions that shows who you are.  Not your opinion.  And if someone tells you “you are hurting me” and that you respond “I am a good person.”, you can see that the action is off base, and still toxic (because while not talking about the pain of the other, you are in denial!).  Ah the beautiful letter!  I should have instead written an ordinary mail that simply said “how are you?  I am so sorry and ask for your forgiveness.  thank you for being sincere. I miss you and I love you, and I want to do everything to make amends.  Forgive me.”

But of course such a message is only possible if the ego wound has been healed beforehand which wasn’t the case.

Because despite the pain, what really saved me, us, were my uncompromising friends and my deep love for them:  their wellbeing truly mattered to me. It was our affection and our mutual sadness too.  Because at least it was true. And

the truth, as painful as it can be, is still the only space deserving to rebuild a relationship.

It happened a few times after this episode that I acted in an egotistic manner, by lack of consciousness, of discernment:  and consequently 11 years went by to really comprehend what happened, to peel off the layers, to revisit and to find words.  Profound changes take time.

And today my ego hasn’t totally vanished, we’ll talk about it again, but I learn to tame this dark side of me, at least in recognizing it when it surfaces (well as soon as the feeling of power comes back).

The ego is not bad in itself either.  I wouldn’t be doing everything that I am doing here without a minimum of ego, but well…

But if it is easier for to get my ego to the right place, i still suffer from the “perfectionistis”, in other shapes, with other traps. once again profound changes take time.

But this painful episode made me grow and I think that one must accept the pain if one want change, because building is so strong that it cannot be shattered in gentleness.

I would even say that this episode saved my life, because it valued my very essence beyond my (dys) function.

And I don’t know anything more precious than to look, to listen to the Other. I have hunger for her, of the present time which presents itself to us like a gift, my turn to feed them, as well.

and my friends are still there, and our bond is so strong, because it is so true.

In any case if you recognize some signs (yes, frankly it is an illness), for yourself or your closed ones (your daughters?) well know that it’s urgent to do something, for yourself like for the Other.  Because this Other, is precisely where love is possible, true and great.  And this Other, could be your friend, your child, your soul sister… or yourself indeed  We all have a responsibility toward our own kind.  This world of perceived perfection is a world of illusion and life won’t miss an opportunity to let you know.

I especially would like to tell you that there is an after and much more, that you are “worth” much more than that… if there is the desire to change.  And that even if nothing holds its value in the same way afterwards, if it is never “perfectly” over, it’s much more beautiful.  It is a picture where you accept to look so awful because it makes us laugh so so much. It’s 11 years later, some chocolate on Tâm’s teeth, it’s simply… life! 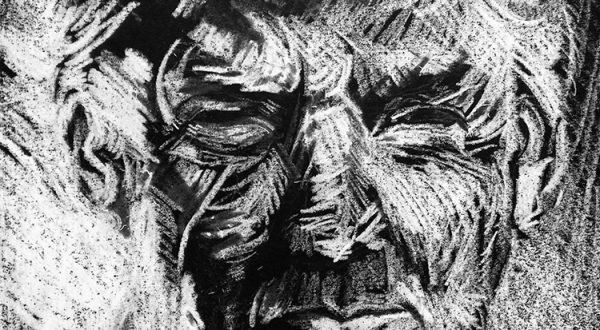 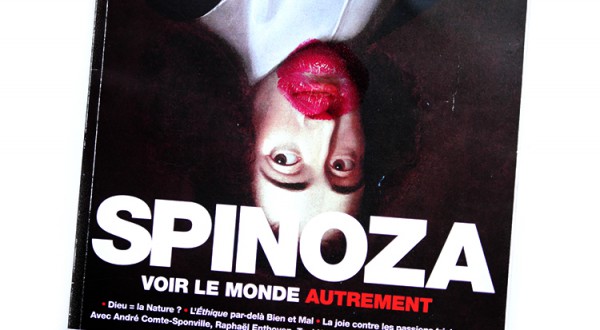 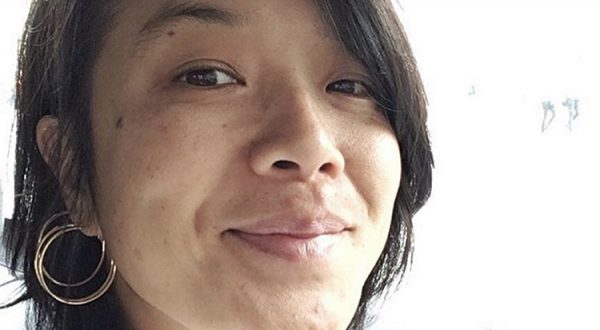 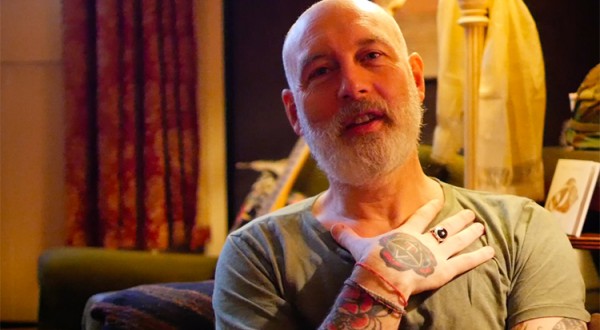 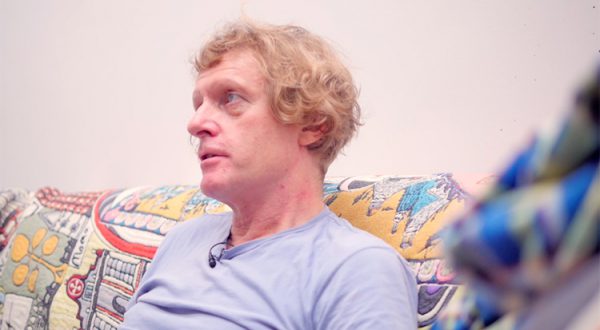